I studied my Undergraduate degree in Psychology at the University of Dundee, graduating with a First Class Honours degree in 2014. My Undergraduate dissertation explored the influence of subliminal and supraliminal priming of watchful eyes on risky decision-making.

Following this, I then completed an MSc in Research Methods of Psychological Science at the University of Glasgow. My MSc project explored the influence of perceived facial and vocal trustworthiness, attractiveness and dominance on prosocial and anti-social decision-making.

Currently, I am conducting my PhD at the University of Bath supported by a Departmental studentship exploring the social perception of faces. More specifically, my PhD aims to explore social trait ratings across different face stimuli types (e.g., 2D, 3D, stereoscopic), and to compare explicit (e.g., rating scales) versus implicit (e.g., GSR) measures of face perception.

My research primarily explores the influence of facial traits, including perceived attractiveness, trustworthiness and dominance, on behaviour and decision-making. This work is strongly situated in an evolutionary perspective. Additionally, I have a strong interest in exploring such traits in voices. 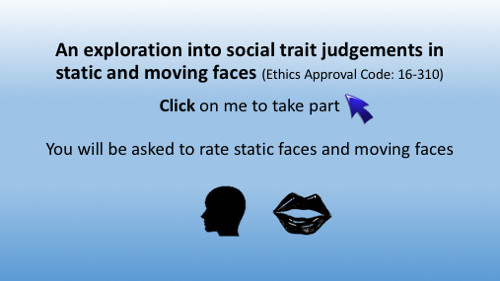 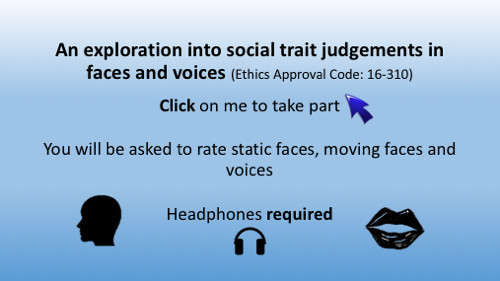